Everything you need to know about esports 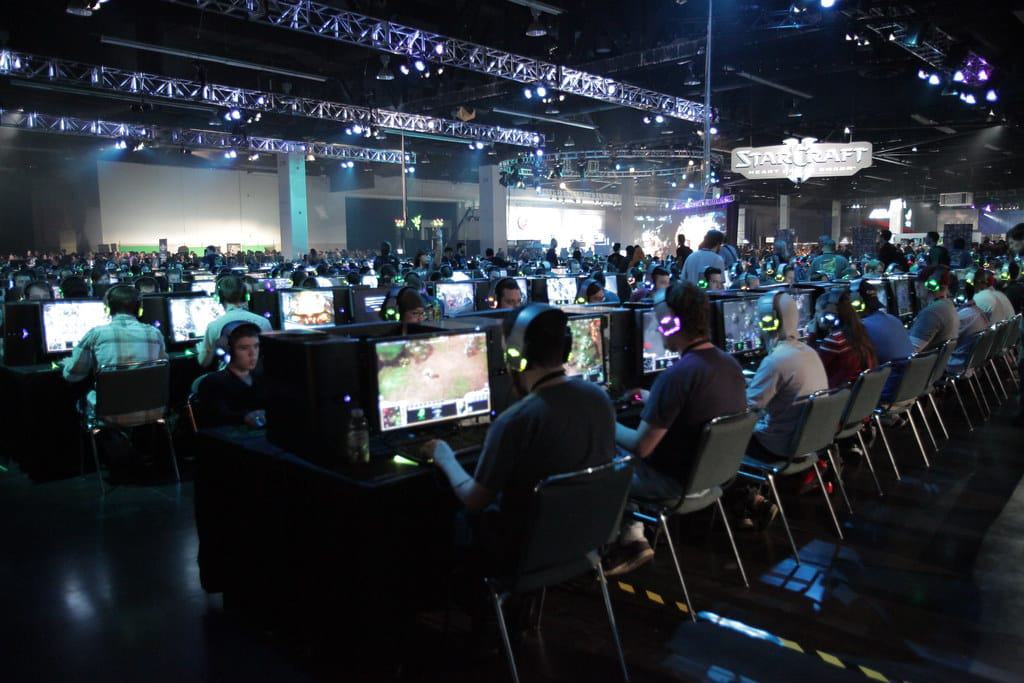 From its history, to what it is today, here’s everything you need to know to answer the question; what is esports?

Once upon a time they said playing video games would never make you rich.

Enter esports, or electronic sports, to show them they couldn’t have been more wrong.

If you’re wondering just what esports is and why people watch it, don’t worry. We’ve rounded up everything you need to know right here in our esports explainer.

Over the past two decades esports has grown from humble beginnings hosting small events at a local gaming lounge, to stadium events with massive prize pools.

Today esports is a billion-dollar industry; it passed the $1 billion-mark last year in 2019. This massive growth is thanks to sponsors like Red Bull, Audi, Mercedes Benz, T-Mobile and other big-name brands who’ve thrown their dollars behind video games as a professional sport.

But esports has been around a long time. Even before the internet.

The origins of esports

The journey of esports from its humble beginnings in the Stanford Artificial Intelligence Lab back in 1972, to what it is today is quite the journey.

October 1972 saw the Stanford Lab host 10,000 people to watch the first competitive LAN tournament, with a prize pool of $5000 USD.

Rolling Stone journalist, Stewart Brand, covered the Spacewar Championship. The stadiums packed with fans we see today, “may seem extraordinary… But it’s a perfectly reasonable outcome of what you could already see in 1972.”

The next landmark esports event didn’t really happen until 1998. The 1998 StarCraft: Brood War Beta Tournament began on November 14. The 16 top-ranked players on the official ladder as of midnight November 11 were invited to play in the online event. Unlike today’s StarCraft II tournaments, which can draw up to tens of thousands worldwide on Twitch, the 1998 StarCraft: Brood War Beta Tournament drew its main audience from local fans in South Korea where the tournament was held.

StarCraft as an esport took off in South Korea. By 2005 the Korea e-Sports Association (KeSPA) had established the StarCraft Proleague, and five years later in 2010, Blizzard were co-hosting the Global StarCraft II League (GSL.) With a prize pool of 600 million Korean Won (approximately 500,000 USD) and a prize of 100 million Won for the winner, the GSL tournament was the largest prize pool in esports at the time.

Today’s esports owes a lot to the industries humble beginnings; the GSL format is still used today by many tournament organisers. And pioneers like Stewart Brand began the legacy of recording the thrill and excitement of fans and competitors packed into a place, just for the love of video games.

Which games exist as esports today?

While real time strategy games (RTS) like StarCraft broke some of the early ground, today esports has a presence over just about every video game genre in some shape or form.

First-person shooters (FPS) like CS:GO and Call of Duty have highly successful leagues, and tournaments like IEM and BLAST Premier see big prize pools and huge viewership numbers online and in the seats at events.

Some of the most popular esports events, and the biggest prize pools, have come from the multiplayer online battle arena (MOBA) genre. Events like Riot’s League of Legends World Championships have drawn record numbers of viewers, worldwide. While Valve’s Dota 2 has seen the biggest prize pool in esports history, reaching above $30 million USD at 2019’s The International tournament.

Fighter games like Mortal Kombat, Super Smash Bros and Tekken all have their own leagues, and their own esports celebrities like Dominique “SonicFox” McLean.

Traditional sports titles like FIFA, Madden and NBA2K also have a presence in esports leagues and there’s even collaboration between the traditional sporting organisations and leagues on events for fans.

Even new game concepts find themselves a competitive niche, with battle royale titles like Fornite have spawned teenage millionaires, despite the young age of the game.

Blizzard recently ran a competitive esports event for the new World of Warcraft raids. Showing us even MMORPG’s can get in on the esports action. The truth is when it comes to esports, almost any genre of video game is ripe for the picking, after all there’s already farming simulator tournaments.

For the players who compete professionally, finding success in esports requires just as much grit and dedication as athletes trying to make it in traditional sports.

There’s also a matter of age. The window of opportunity for aspiring professional gamers is small. Most esports athletes hit their gaming peak in their late-teens to mid-twenties.

Dota 2 prodigy Syed “SumaiL” Hassan became the youngest player with the highest earnings in esports when he was just sixteen. Kyle “Bugha” Giersdorf snagged first place and $3 Million USD at the Fortnite World Cup last year at the same age.

Professional esports athletes start honing their skills early. According to Bugha he plays for at least ten hours a day, every day of the week. While SumaiL first started playing Dota 2 when he was just eight.
This type of commitment is not uncommon among esports professionals. Just like gymnastics, soccer or football, training to be the best starts from a young and requires perseverance beyond your normal hobby.

Players who want to stay in the top of their game often adhere to strict diets and workout routines. (And of course, conditions like arthritis and carpal tunnel syndrome are big worries for competitive gamers.) They can’t party hard either, most esports professionals who compete in tournaments are subjected to drug tests and attend training camps. Just like any other professional athlete.

And just like traditional athletes, esports players and teams have staff like coaches and managers who support them on their journey towards world tournaments.

We’re excited to welcome Call of Duty esports legend @ramboray to the @DallasEmpire.

He joins us as General Manager and Head Coach as we continue to #BuildAnEmpire.

Make sure you follow him and wish him a Happy Birthday. pic.twitter.com/TD99EXq5yD

Players in top teams often travel to other countries to live and train with their teammates. And schedules are strict. Many esports organisations even have state of the art facilities for their player to train in, like the Team Vitality’s V.Hive; the largest European esports complex.

The truth is, esports wouldn’t be what it is today without its biggest supporters. The fans.

According to a report by Newzoo, the esports audience grew to 453 million in 2019. This includes seats sold at events, and viewers watching at home. More than 100 million viewers around the world tuned in for the League of Legends World Championships in 2019.

While that might seem mind-boggling for some, it stacks up with the stats. A recent white paper from market research company Limelight Networks showed that for gamers, watching other people game is preferable to watching traditional sports. According to the statistics, gamers 18-25 watch other people play video games online nearly four hours a week. More than double the two hours 14-minutes they spend watching traditional broadcast sports on TV. While gamers 26-35 still watch traditional sports on TV, but they watch just as much livestreamed gaming and esports.

From screen to stadium

Here’s a look at Thursday’s esports on Twitch. pic.twitter.com/EvKRwQyqup

Livestreaming software is used by tournament broadcasters to beam the games live into the homes of fans from New York City to Manila. For a long time, Twitch has been the dominant service used by leagues and organisations. But recently, YouTube has entered the esports game. Securing a contract with Blizzard/Activision for exclusive rights to the Overwatch League. There’s also Mixer, a platform acquired by Microsoft in 2016, that’s starting to make waves.

Production at esports events is becoming more and more sophisticated too. ESL have been partnering with SAP and their predictive analysis software to provide on screen analysis to viewers at home and at live events since 2018. Tournaments even have opening and closing ceremonies; as well as live hosts, shout casters and plenty of opportunities for fans to interact.

Fans at the stadium have the chance to meet their favorite players at signings between games and participate in events with panelists. But fans at home have interactive opportunities too. Hosts and casters both check stream chats regularly, and it’s not uncommon for players watching at home to be encouraged to use chat to vote for their MVP (Most Valuable Player.)

There’s no doubt esports has come a long way since its modest, local LAN-based beginnings. But today it’s an industry as big as traditional sports, with passionate fans the world over. From merchandise and memorabilia to snacks and drinks; If you could find it at a basketball game or a baseball match, you’ll find it at an esports event.

So, to sum it up; what is esports? It’s video games as a professional sport. No, seriously.

The post Everything you need to know about esports appeared first on Esports News Network | ESTNN.

Everything you need to know about esports