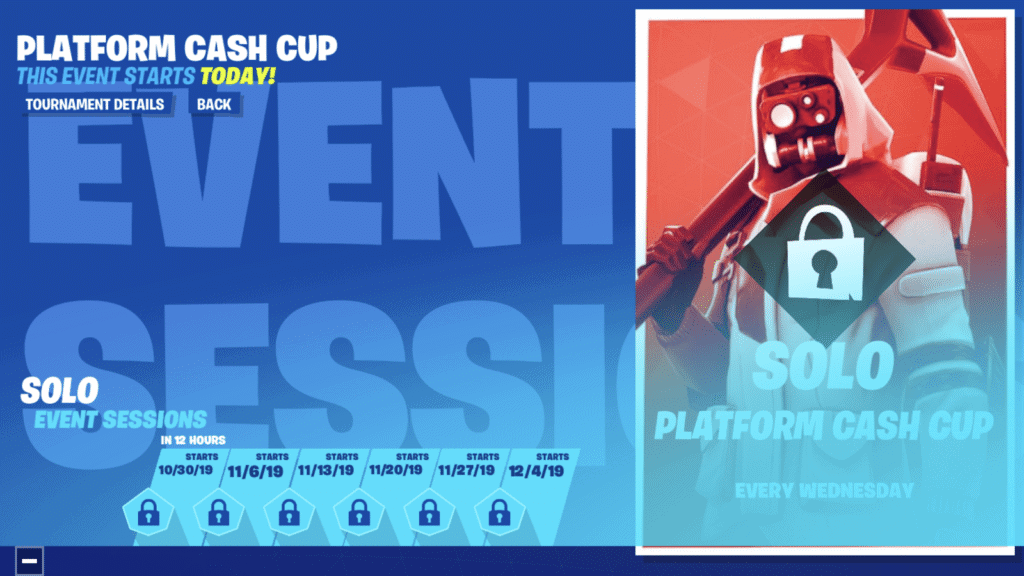 A variety of competitive formats for Fortnite players are dropping soon.

The launch of Fortnite Chapter 2 left many wondering what Epic Games had in store for competitive players for the newest season. The second iteration of the Fortnite Champion Series came first, which provides squads of four the opportunity to compete against the best players across all qualifying regions. These regions include the likes of NA East, NA West, Europe, Oceania. Asia, Brazil and Middle East. In addition to the Fortnite Champion Series for Squads, Epic Games announced several weekly competitions open to players ranked in at least the Contender’s Division. First off we have Solo Cash Cups, which we have all become familiar with. The caveat this season is that there are platform-specific tournaments across all consoles. This means that players on Xbox and PlayStation 4 will have their own tournament. Nintendo Switch and Mobile players will also be able to queue into the Platform Cash Cup for a separate tournament as will PC players.

The prize pools vary, but all of these weekly competitions take a piece of the initial $5M USD prize pool announced for Fortnite Chapter 2. The Platform Cash Cup will take place every Wednesday until December 4th. The Contender’s Cash Cup has also returned with the same format as usual, which will reoccur every Thursday until December 5th. On top of the Solo Cash Cups, Epic Games has also introduced weekly events for squads. Since the Fortnite Champion Series altered from teams of three to teams of four, players now have an extra layer of practice in addition to professional scrim lobbies. The Friday Nite Fortnite squad events begin on Friday, November 1st, and will continue until Friday, November 29th.

Epic Games introduced a Squads Hype Nite in addition to the Friday Nite Fortnite. The reward for these tournaments is “hype,” which allows helps vault players into higher divisions in the Squads Arena playlist. Increased hype will ultimately allow players outside of the Champion’s Division to be eligible for the Fortnite Champion Series. Squads can queue up for the Hype Nite tournaments beginning on Saturday, November 2nd, and it will end on Saturday, November 23rd.

The Fortnite Champion Series for Chapter 2 kicks off on November 1st, 2019.

Dota 2: The Outlanders Update Set to Release After Chengdu Major