League of Legends: Best Champions to Play on Patch 10.6 Get the scoop on the best champions of this patch.

League of Legends’ Patch 10.6 is finally here and there’s quite the list of changes players can look through. A handful of over performers were knocked down a peg, but the majority of champion changes were buffs. Overall, the changes are small, but a few champions may come to the forefront because of them. On the other hand, some champions escaped Riot’s gaze and remain top tier picks. There are about 150 champions to choose from, but these few may help you grab wins for the next few weeks.

First up on the list is Wukong. This isn’t a champion that was likely appear but is here nonetheless. The long-fabled Wukong mini-rework was finally released and shows more promise for the Monkey King. According to Riot themselves, a part of their goal was to make Wukong more viable as a bruiser, not simply a one-shot assassin. With that in mind, the changes to his kit may make him a rising priority pick in the days to come.

The most important change comes to his Warrior Trickster (W). Now, instead of simply appearing and doing a bit of damage before puffing away, the clone from this ability will mimic Wukon’gs abilities. It can basic attack, use an empowered auto attack, or even use Wukong’s ultimate. Though Wukong can’t move over walls with it anymore, the tradeoff is well worth it.

Secondly, Wukong’s ultimate received what appears to be a big buff. As of this patch, Wukong can now use his Cyclone (R) and then cast it again for a second round of knock-ups. The knock-up and spin durations are decreased, but considering he could only knock a target up once before, this team fight tool is even better. To make it even better, the damage from it ticks every .25 seconds and stacks up the Conqueror rune. Since it can be paired with Wukong’s clone, it will definitely be extremely deadly.

Finally, his Crushing Blow (Q) does more damage, has longer range later on and has its cooldown reduced when he or his decoy does damage to enemies. Because of these changes, it should be a more useful harass tool with skill levels and allow him to play extended fights longer.

After a long period of neglect, Wukong might finally have his place in the meta. 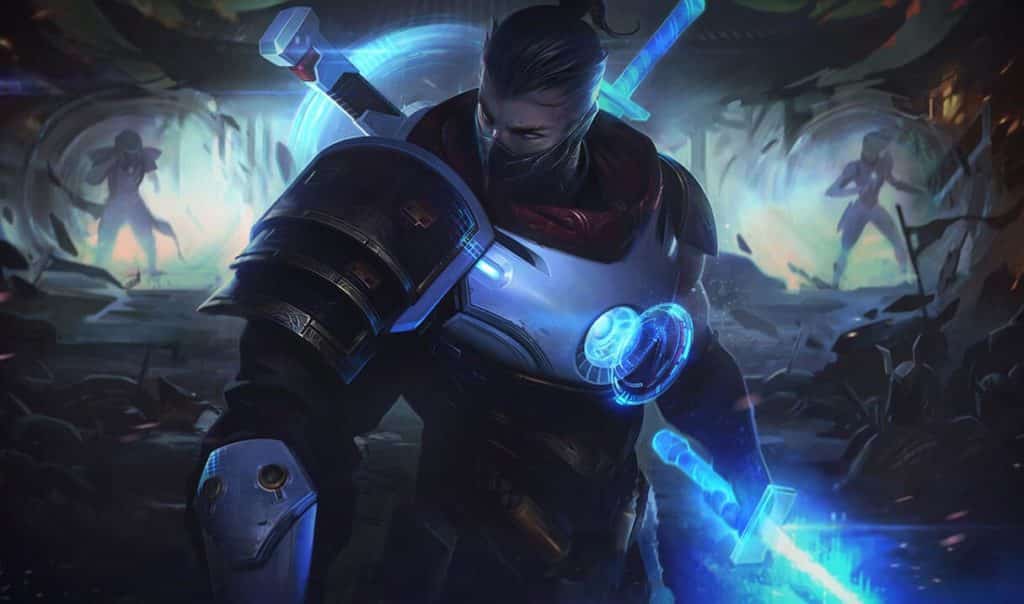 Though he is usually seen in the top lane, Shen isn’t a stranger to the jungle. It’s been more of a niche pick before, but with Patch 10.6, it may become more common. That’s because Riot decided to give his Twilight Assault (Q) a significant damage increase to monsters. It’s not a massive change altogether but may be enough to kick Shen up a notch.

Shen’s jungle clear was quite lackluster before this patch. It wasn’t horrible, but he struggled to keep up with many other meta picks. This buff gives him the ability to clear faster and hit his coveted level six earlier. At level six, it’s easy for Shen to make plays all over the map, and unlike in the top lane, doesn’t have to abandon a lane and let the enemy claim tower plates.

But before six Shen can still thrive. The dueling ability he has with his Q pull-through damage is strong and will allow him to fight over crabs and in skirmishes. Furthermore, his ganks are decent, with the Flash-Taunt combo being devastating to unsuspecting enemies. He’ll have some difficult matchups, but is reliable against most anything. Even in a bad matchup, Shen is always an asset to a team.

Aftershock is the most obvious rune choice, as it gives Shen tankiness good options in the Resolve tree. However, more offensive-minded players can try runes like Hail of Blades for strong early game. The tank option will probably be meta though, so for that Cinderhulk and Dead Man’s Plate will be essential. Tiamat/Titanic Hydra is another option for even faster jungle clear and more damage. Otherwise, his build will probably stay the same.

Shen’s famous for his global playmaking ability, and with a new home in the jungle, he can rise to prominence once again. In the mid lane stalks Talon, riding high for multiple patches as a great solo queue pick. He really rose the ranks in Patch 10.4, where Riot Games gave him more damage to jungle monsters. This was supposed to make him played in the jungle more but didn’t really hit that mark. Instead, the quintessential roaming champion can farm not only enemy champions but their monster camps as well to bolster his CS numbers. This has the effect of lowering the enemy jungler’s gold and experience income too.

This isn’t the only reason Talon is a power pick. Currently, the mid lane meta favors those who can roam. Though some of the common roaming champions have been hampered by the Boots of Mobility nerf, it affects Talon less. Who needs boots when you can parkour your way to a bot lane double kill? Talon is all about the roam and he truly thrive in the meta where snowballing through other lanes is so important.

Overall, Talon is a great champion to learn. He’s not as mechanically difficult as Zed for example, but can be just as effective. He has a straightforward combo and has kill threat as early as level two. As a melee champion, he’ll of course have difficult matchups mid. Fortunately, with Tiamat and Rake (W), Talon can clear waves quickly and leave these hard lanes to move around the map.

After laning phase, Talon can be obnoxious to play against. No matter where you are as the enemy, you’re never safe. Talon can wait in bushes or leap at you over walls to slay you.

According to op.gg, Talon sits at a 52.12% win rate. This means he’s great without being OP and a fantastic champion for any mid laner to play in the current meta. 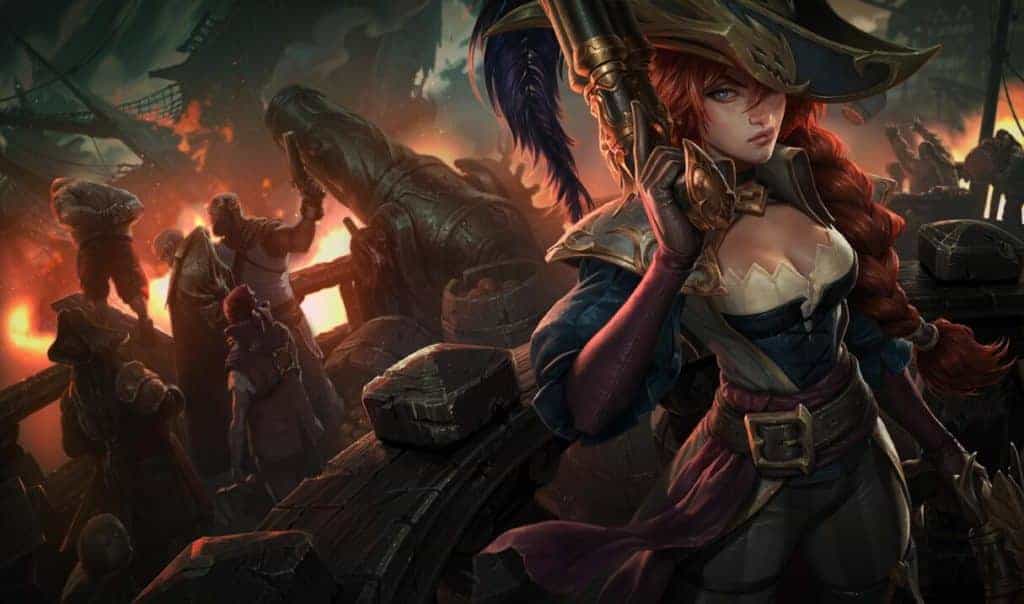 Captaining her way to top of the ADC pool is none other than Miss Fortune. It’s hard to give the title of most powerful AD Carry to any other champion, to be honest. She’s been at the top, or at least near it, for pretty much the whole season. With Senna and Aphelios taking multiple nerfs in a row, Miss Fortune is left as the premier bot lane pick.

Two major aspects of her make her such a strong pick. The first is her laning phase. Her Double Up (Q) can do insane damage if it bounces off of a minion and hits an enemy champion. In between last-hitting minions, her occasional auto attack harass is empowered by her passive, Love Tap, too. She pairs well with most supports and can overcome range disadvantages with pure damage.

The other strength Miss Fortune has is her team fighting. This is pretty obvious, considering her Bullet Time (R) is one of the most deadly AOE abilities in the game. With this and some setup CC, she can easily rip through an entire enemy team with line after line of firepower. If Miss Fortune has a CC heavy support, like Nautilus, or setup champions like Jarvan IV or Orianna, team fights become a breeze. But even without it the ultimate commands respect, no matter the game state.

Aphelios and Senna dominated at the beginning of the season, but not anymore. Miss Fortune claimed their thrones and stands as the best AD Carry right now. She is an absolute must-play for any bottom lane players out there for the time being. It doesn’t seem like Riot is targeting Miss Fortune in the near future either, so take the time to learn her and grab some sweet LP. 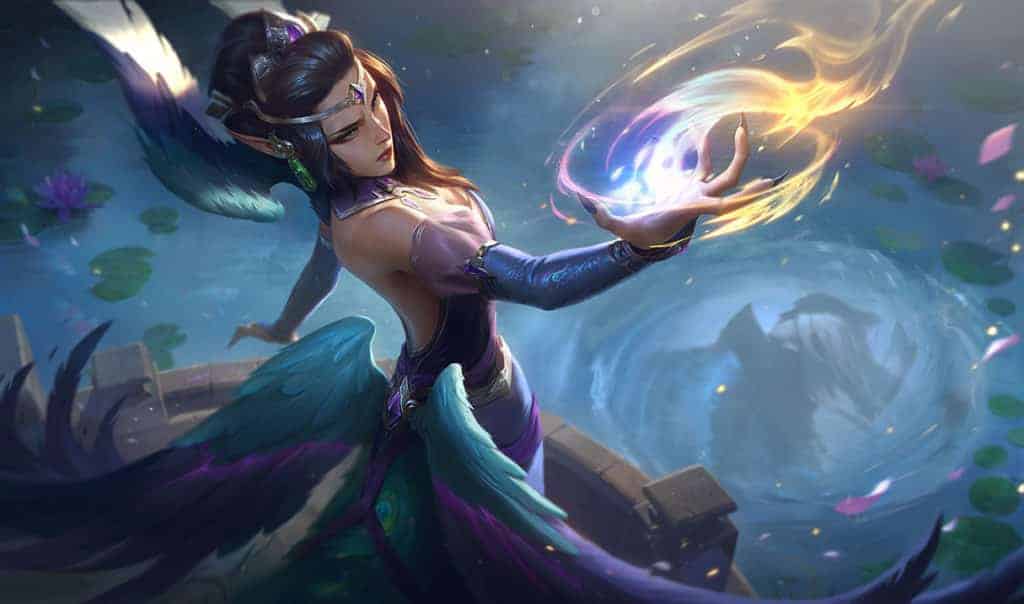 Rounding out the list is Morgana in the support position. Morgana always has a spot in any meta due to her Black Shield (E) and this is no exception. Her play rate may rise this patch though because Riot Games decided to buff that very ability. The shield amount is increased, and though not but too much, early on it will be a bit harder to break. That means that the target has a high chance of absorbing that pressure and walking away safely. It should also be noted that she received a flat five movement speed buff and a buff to her jungle clear, but those aren’t super impactful.

Morgana fills a critical role in the current meta. Nautilus, Leona and Thresh are all bot lane staples right now because they can lock down targets and make plays happen. If you’re staring one of these scary champions down but can’t fight them effectively, Morgana makes for the perfect choice. Her aforementioned Black Shield nullifies the CC they pile on and give allies room to breathe. In addition, her Soul Shackles (R) are great for stunning multiple enemies who dive in on Morgana’s team. Ultimately, her ability to stop plays and turn them around are highly valued.

Though that’s a more passive take on the champion, she can play aggressively. Paired with long range, like Caitlyn, or high damage, like Miss Fortune, her Dark Binding (Q) can be a death sentence for enemies. This versatility ensures Morgana can fit into almost any team composition or lane and prosper.

She’s a fairly common pick already, but for those who don’t play Morgana, now is the time. She’s a reliable pick and probably always will be, so she’s not going anywhere soon.

It is certainly possible for our top five champion picks not to hit the mark 100%. Because of that, here are some additional picks that might suit your fancy more.

In the top lane, these big bruiser boys have high damage, good sustainability and can hard win many matchups. Sett and Garen have been affected by nerfs recently, but are still solid picks. They’re not all that difficult either, so if you’re on the fence about trying any of them, don’t be!

Zac has made a name for himself lately and is a solid pick. If not punished by aggressiveness, he has unique gank angles and stellar late game team fighting. Besides him, Olaf is a good pick for early game snowballing, while Karthus is for those who want quick farming and late-game impact.

These three champions all do pretty different things but are all effective. Twisted Fate got a pretty large looking buff on this patch and will do a lot more damage with his blue and red cards. Kassadin is a scaling monster who can auto-win games at level 16. Lastly, Katarina is hypermobile and offers a ton of damage throughout the game you can snowball on hard.

The ADC pool below Miss Fortune tends to favor long-range carries that can poke their enemies. Ashe has perhaps the best laning, though does not scale quite as well as the other two. On the other hand, Ezreal scales quite well with the Precision rune tree.

Because of the ADC Senna nerfs, Riot has effectively pushed the champion to support, where she prospers. In this role, she scales just as well and can poke more without having to worry about farming. Besides her, Leona is strong because of her obnoxious lockdown and tankiness, while Thresh has both great offensive and defensive capabilities.

League of Legends: Best Champions to Play on Patch 10.6