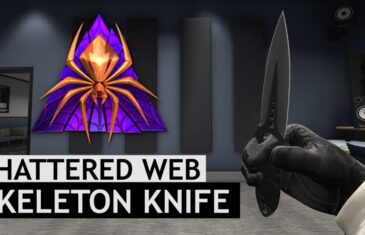 CS:GO: Best Knife Skins You Should Be Using

When most people read something about Counter-Strike: Global Offensive, the AWP is the first thing that comes to mind. Here… Read More

Rumors around the much-awaited Source 2 engine in Counter-Strike: Global Offensive came across a serious development earlier today. TalkEsport in April 2021 had reported a potential leak that suggested some configuration files bearing the Source 2 tags and a newer version of the first-person tactical shooter.  A series of new pieces of evidence leading up […] 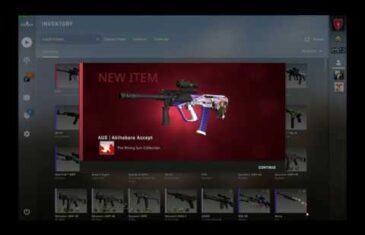 CS:GO Best AUG Skins You Should Use

People who’ve been playing Counter-Strike for many years know that AUG plays a very important role for the CT side.… Read More

How do you get the max fps command in CSGO?

Here are some factors which could help get you a smoother frame rate in Counter Strike : Global Offensive.  How To Get Max FPS In CSGO? Setting up your IN-GAME settings First you need to make sure that your Laptop Power Savings has been turned off as it would throttle the overall performance. Moving on […]

Rumors of the heavily anticipated Source 2 update coming to Valve’s competitive shooter Counter-Strike: Global Offensive have been looming in the air for several years now. While it has been cleared that the Source 2 update won’t bring any drastic visual improvements to the game, the community is still eagerly looking forward to the new […]

Rumors of the heavily anticipated Source 2 update coming to Valve’s competitive shooter Counter-Strike: Global Offensive have been looming in the air for several years now. While it has been cleared that the Source 2 update won’t bring any drastic visual improvements to the game, the community is still eagerly looking forward to the new […]

Roobet Cup organized by Relog Media and sponsored by Roobet will be underway in an hour with the clash between BIG and Entropiq to open the tournament while on a parallel stream, Astralis plays Movistar Riders. The competition involves heavyweights including the most recent IEM Dallas 2022 champions Cloud9 and OG Esports who almost had […]

The most expensive inventory in the history of Counter Strike : Global Offensive till date has been scammed following the details of the alleged Steam account being compromised a week ago. CS:GO Skin trader Mark, who goes by the handle @ohnePixel on Twitter, has brought to the community’s attention a scam which saw his colleague’s […]

A new update has been shipped to Counter-Strike: Global Offensive on June 16th, and it brings some major changes to the game that can potentially alter the existing meta of the shooter. The most notable of these changes include nerfs to the M4A1-S – the gun that has dominated the meta of CS:GO since it […]

The most debatable Counter-Terrorist rifle, the M4A1-S’s magazine capacity has been cut short to just 20 bullets while its reserve capacity now holds 80 bullets in the latest update which was revealed and applied to CSGO, the first-person shooter by Valve. A brief buff was applied to the said weapon during Operation Riptide and since […]