ReadyUp on Engaging Audiences on a Global Scale

When 2018 Esports Hall of Fame inductee Johnathan “Fatal1ty” Wendel was playing Quake in his younger days, it wasn’t easy finding out where and when events would be taking place. Eventually, he would end up starting his own circuit of competitions to remedy this, but now, with a little help from his friends, Wendel is […]

Microsoft to Acquire Quake and DOOM Owner Zenimax Media for $7.5B

Microsoft on Monday announced plans to acquire the parent company of Bethesda Softworks, ZeniMax Media for $7.5B USD in cash. The acquisition would include several Bethesda-owned development studios including id Software, ZeniMax Online Studios, Arkane, MachineGames, Tango Gameworks, Alpha Dog, and Roundhouse Studios. Microsoft would also own all the intellectual property associated with these studios […]

Microsoft acquires Bethesda Softworks for $7.5B

PGL Esports has announced that it will host the next season of the Quake Pro League, which will feature a total prize pool exceeding $500K USD. The 2020-2021 season will be split into three stages consisting of regional competition culminating in an international finals. The first two stage finals are planned to be hosted at […]

Literally twenty years ago, the world was completely different. There were not many computers for personal use, and the opportunity to play simple games on them was a small bonus and a way to relax. If we played with friends over a local network or the Internet, it was only in order to have fun. […]

Ever since the 1997 Red Annihilation tournament, when professional Quake player Dennis “Thresh” Fong won id Software CEO John Carmack’s Ferrari 328 GTS, gamers have tried to learn to play games and get paid for it. The highest winnings in gaming Thresh: Where it all began Thresh made upwards of $100,000 a year at his […] 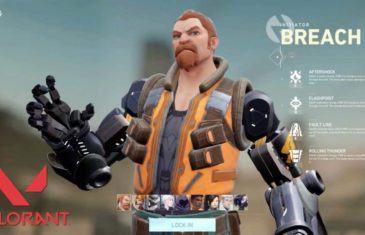 We take a detailed look at the latest characters and abilities added to Valorant now that it’s entered beta. With Valorant now dropping into beta, and Riot’s servers currently on fire as thousands try to play the next hyped release. But we now have details of the two newest releases thanks to the game being […]

Esports host, commentator and all-round esports man Paul “Redeye” Chaloner has revealed his latest project is an esports book title “This is Esports ”. The book, subtitled “An Insider’s Guide to the World of Pro Gaming”, will be published by Bloomsbury UK via its Bloomsbury Sports publishing house. No date is […]

Hot-to-trot esports startup, Juked, has just launched their first open-world beta testing for streaming live video game content. The Californian esports company just began last February and rumor is their team are fervent on delivering continued updates for future fans and subscribers in 2020. On their official page, Juked is attempting “to create a better […]

FACEIT will operate the official Quake Pro League for Quake Champions, with weekly competition taking place between August 2019 and August 2020. The 20 chosen players will first compete at QuakeCon 2019 in July to determine the global ranking. Quake Champions launched in 2017, with more than $2.1M USD in prizing awarded to date, according… […]