BlizzCon 2021 Predictions, What Will Blizzard Show Off? 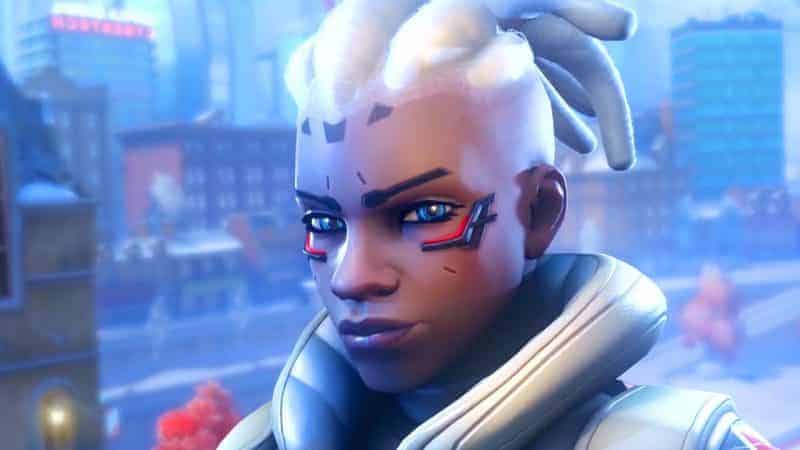 With the pandemic shutting down BlizzCon 2020, Blizzard decided to bring the annual event online for 2021 with BlizzConline.

The two-day event will feature the normal flurry of announcements, previews, and developer panels. While full details will be revealed closer to the date of February 19-20, we thought we’d take a look at some predictions we have for BlizzConline 2021.

It’s been a little while since we last heard about Overwatch 2. BlizzCon 2020 seemed like the perfect time to drop some new details and event a beta/full release date. COVID-19 has likely slowed the plans a little, however, we think this event is going to be an ideal time to show off what they’ve been working on.

Outside of dates, Blizzard will reveal a new character for Overwatch 2, and possibly hint at another. We’d also like to see Blizzard reveal all the alternative ultimates of all the current heroes as well, with fans eager to see more after the initial reveal teased a few of the main ones.

This could be a massive year for Diablo fans (check out the Classic Games section later). We know we’ll see more information about Diablo IV at this event and, like Overwatch 2, we could also get ourselves a release date. We’ve had a lot more information about Diablo IV, so it might be a case of it coming out sooner than Overwatch 2. That said, Diablo 3 is doing ok right now and with Immortal (on mobile) and a possible remaster of Diablo 2 on offer, Blizzard could look to hold Diablo IV back even longer.

Diablo Immortal is likely going to feature. While the game has been almost completely absent from the news recently, Blizzard could try to turn the “we’ve all got phones” meme back around by announcing that everyone at home (with phones) can download the game (or a beta) right now. That kind of “shock” reveal might be Diablo Immortal’s best bet at generating a good early player base, especially considering its poor start to life.

With Shadowlands only having been out a few months, we won’t get anything major for WoW at this event. Blizzard will probably just show off the next major patch for Shadowlands, with the expansion being pretty well received, they’ll probably look to harness the good hype and give fans something to look forward to. It will probably have a release date sometime in March, with Blizzard also likely to announce a wide range of nerfs to covenants and legendary items, giving players ample time to work towards new ones.

BlizzConline will most likely be a bigger deal for fans of Classic WoW. It’s a well-known rumor in the Classic community that TBC Classic is coming, and BlizzConline might be an ideal place to drop an official reveal. We’d expect details to be fairly sparse, with Blizzard only recently releasing a survey asking fans how they want the TBC server transfer system to be handled. If any of these announcements misses out it will likely be TBC Classic, however, if we assume Blizzard does a BlizzCon event later in the year, TBC Classic could well be saved for a later date.

We think the Starcraft or RTS news might be left out of this event. StarCraft could get another co-op hero added, though we think this year could be missing for the series. What Blizzard does next with the RTS side of their development remains to be seen. Maybe we get another new IP launched in the genre, StarCraft 3, or we get the often wished Warcraft 4.

Blizzard has released a number of classic titles over the years and it looks like Diablo 2 could well be next. Activision Blizzard recently added Vicarious Visions to its studio lineup and immediately merged them into Blizzard, with the developer taking over from the Classic games team. Blizzard could go further back at remastering some of their really old titles like Lost Vikings, though Diablo 2 seems like the most logical for now.

Hearthstone is usually a safe bet at a BlizzCon and I think BlizzConline will be no different. It might tie into something going on in WoW, maybe a Shadowlands theme or a Burning Crusades theme. A more out-there prediction might be that we see Hearthstone come to consoles, especially the Switch as Blizzard looks to get fresh players into the popular TCG.

Heroes of the Storm

Ever since Blizzard all but killed Heroes of the Storm, it’s mostly been getting small updates each year with a longer time between each. Heroes is often shown at BlizzCon events, and we normally see a couple of champions shown alongside a swanky new cutscene. The game just dropped the latest hero, Hogger, however, so Heroes might take a small break during this event, especially given the show’s reduced run time.

The last new IP we got from Blizzard was Overwatch, and it might be the right time to see the developer drop something new. While we mentioned earlier it would be nice to see them drop an RTS title, they tend not to perform well on console and we think that’s likely the market Activision will want Blizzard to work in.

The lazy option might be that Blizzard drops something in the Battle Royale genre, though the last time they got into a genre late was with Heroes of the Storm, and Blizzard has all but killed that off.

We’ve heard rumors of a possible deal between Blizzard and Netflix for an animated show, with the Castlevania series seen as the likely inspiration. We’ve not had any official confirmation of the deal yet, and the recent news that Activision and Netflix had a falling out after the former sued Netflix for poaching their former CEO.

That news might stall any announcement of the deal, if not, it certainly makes it a little bit more awkward to announce it now.

And that’s about it from us. BlizzConline is being streamed online for free on February 19-20.

The post BlizzCon 2021 Predictions, What Will Blizzard Show Off? appeared first on Esports News Network | ESTNN.

BlizzCon 2021 Predictions, What Will Blizzard Show Off?

Overwatch League Teams Are Free to Produce Their Own Merchandise