Warning: Invalid argument supplied for foreach() in /home/jhrpsiteadmin/public_html/riseofesports.com/wp-content/plugins/truemag-shortcodes/trueMAG-shortcodes.php on line 148

Warning: mysqli_query(): (HY000/1030): Got error 28 from storage engine in /home/jhrpsiteadmin/public_html/riseofesports.com/wp-includes/wp-db.php on line 2162 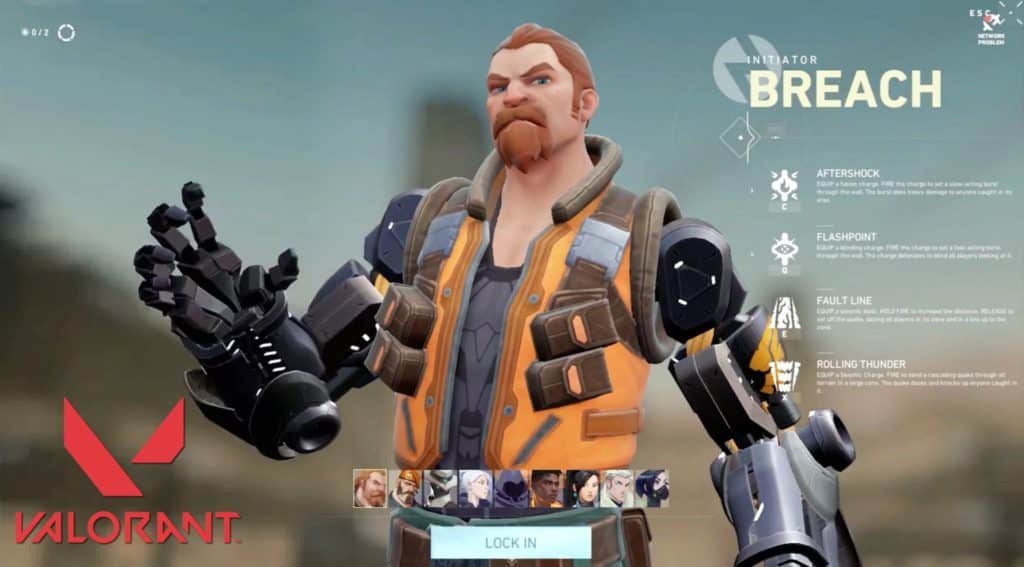 We take a detailed look at the latest characters and abilities added to Valorant now that it’s entered beta.

With Valorant now dropping into beta, and Riot’s servers currently on fire as thousands try to play the next hyped release. But we now have details of the two newest releases thanks to the game being released in beta. These two new additions are AOE damage, rocket slinger Raze and objective man Breach.

You can view the already announced agent’s abilities here.

Breach will be the go-to objective pusher, as his name suggests. So if you’re the type of player who likes to play the objective, Breach is your man.

Raze is your ideal agent for doing big AOE damage and flushing out opponents.